On our first visit, we were introduced to the tools and garden beds. Eric, a gardener there, brought us around on a tour.

Eric showed us how he converted an empty large bucket into a holder for gardening tools. With a round white plastic top covered on top of the bucket, it was also used as a table as well for neighbours to sit around the ‘table’ to chitchat and rest. (There were a few chairs there as well.)

Eric also ingeniously installed a padlock for the ‘table’ to safekeep the tools inside it.

The plots under the care of Eric were still bare as Eric was still preparing to make the soil more fertile by doing more mulching or hugelkultur in the area.

The Java ginseng growing on the plot under observation looks to be growing fine.

Beside the main area of the garden, old rubber tyres were also used to grow herbs and plants.

Eric invited us to his home where he showed us his aquaponics and hydroponics experiment. The lettuce was still small and looks pale in colour. 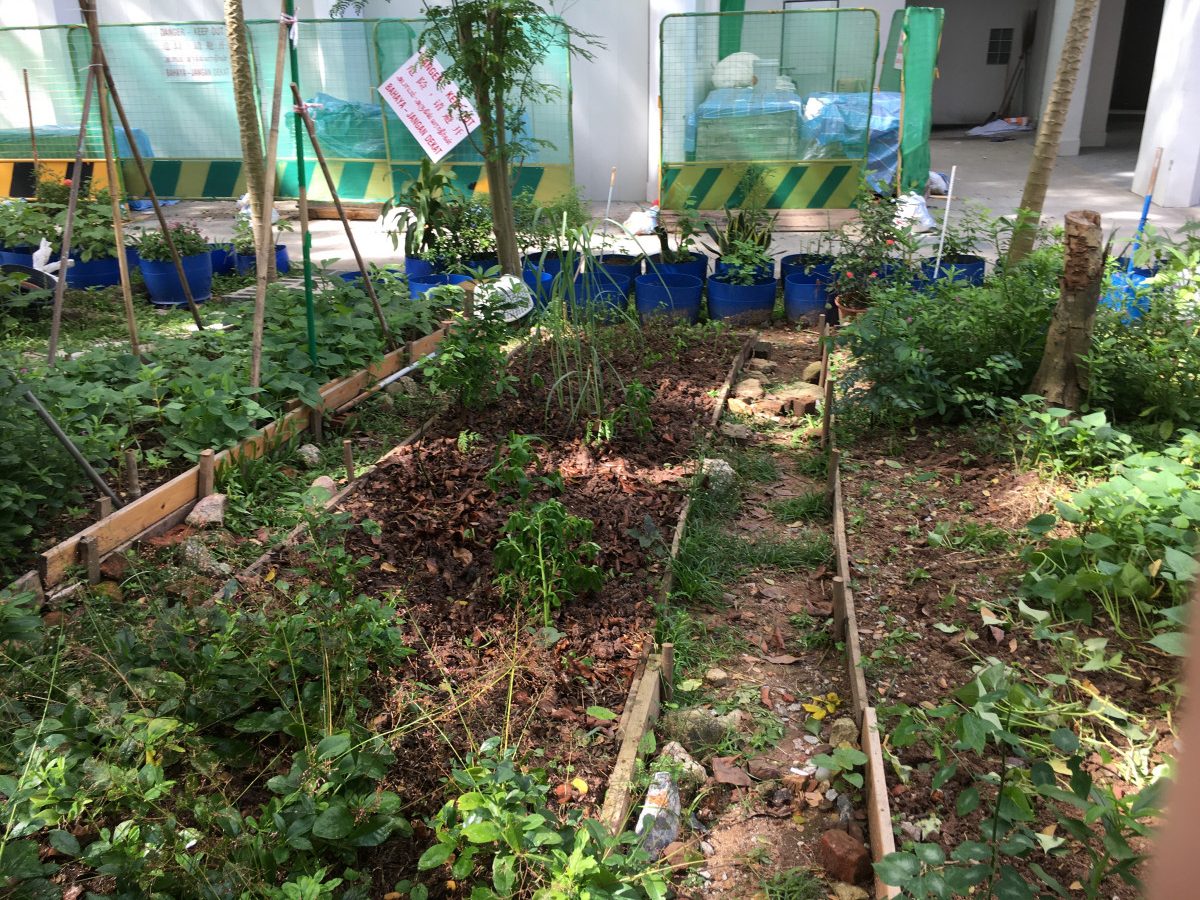 What did the gardeners do this week?

Keep up with the garden’s changes here!